I’m back safe and sound from my 4-day orientation for my dietetic internship.

I left Monday morning feeling unsure about orientation. I was scared about traveling alone (I realized I had never flown by myself before) and spending a week with people I didn’t know. Seriously, I stayed up Sunday night sobbing in bed because I did not want to get on the plane the next morning.
It’s funny I felt this way because I think that my orientation has been one of the best experiences of my life. I met 60 amazing people who were different and unique in so many ways. Some people were single and some were married with several kids. Some were still working on their bachelor’s and some had their PhDs. Some people were from Utah and some people were from other countries. It was fascinating to see how different we all were but how we had so much in common at the same time. I was reminded again and again that this world is a big place and we all can learn something from each other.
I have had many insecurities and fears about starting my internship. Every rotation will basically be like the first day on a new job. I don’t want to look dumb if I don’t know something. I’ve never had to talk to a patient before. There is a lot of work involved and I’m not sure how I’m going to juggle everything else in my life while interning. All of these thoughts have been swimming around in my mind for the past few weeks. So I can’t tell you how great it felt to be with other people who felt the exact same way. Not only that but it was great to see everyone cheering each other on. I hope we can be a great support system for each other.
The past week has reinforced what I’ve always believed… don’t be afraid to try new things. It may be scary but you will only come out of it a better person. And if you want something, believe in yourself and go for it. 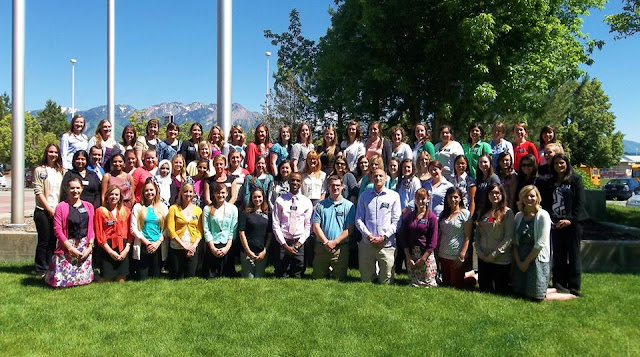 Success! Now check your email to confirm your subscription.

Have you ever felt like you had no other option bu

Have you ever been offered weight loss surgery for

It is extremely important to me that you’re give

When you’re presented with a bowl of pasta, what