So after several weeks of research…

And too many test rides to count… 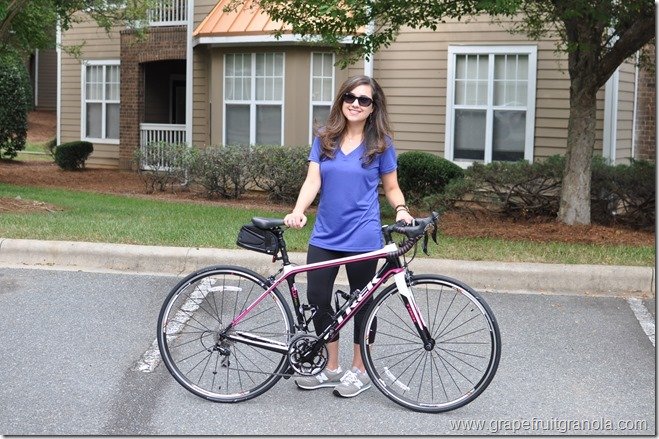 After I visited a few shops, went on some test rides, and did a little bit of my own research, I had a better idea of what I was looking for in a road bike.

You may remember back at the beginning of my search that I wasn’t quite sure about choosing a carbon frame over aluminum. Well, after riding several of both, I knew there was no way I was going to be happy with aluminum in the long run. The ride on a carbon frame just felt so much smoother and cleaner. An aluminum frame would be a perfectly fine starting point, but I didn’t want to buy a bike that I would be looking to upgrade in a year or two. 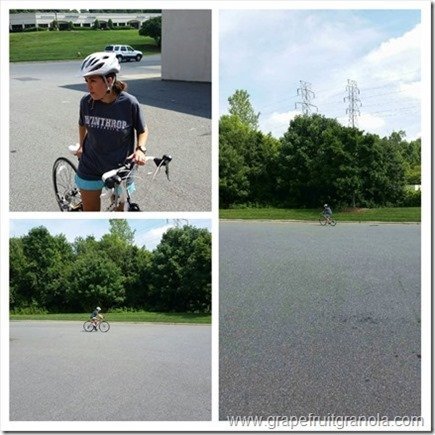 Once I decided on what exactly I was looking for in terms of the frame material and components, it was just a matter of finding a bike that felt right to me. The #1 piece of advice I got with road bike shopping was to r.i.d.e. e.v.e.r.y.t.h.i.n.g. and that’s what I did! After I got comfortable on a road bike, I had a pretty good idea of what I liked and what I didn’t. 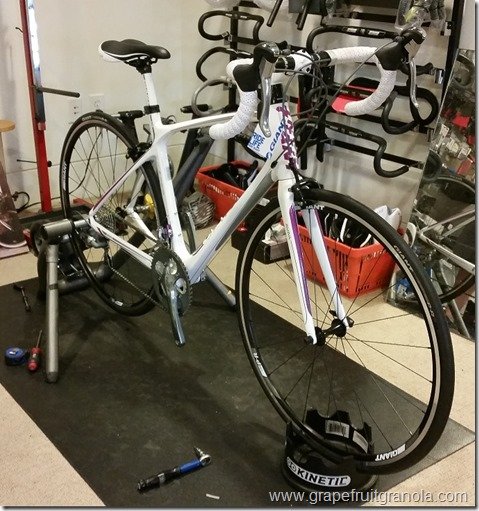 I have another post coming about what to expect when you’re buying your first road bike but I can tell you that riding lots and lots of bikes helped me decide what felt the best.

You may remember from my post this past weekend that I had narrowed it down between the Trek Madone 4.3 and a Specialized Ruby Sport. These two felt the best after a long string of test riding different bikes. The funny thing is that I initially thought I was going to end up getting the Ruby. 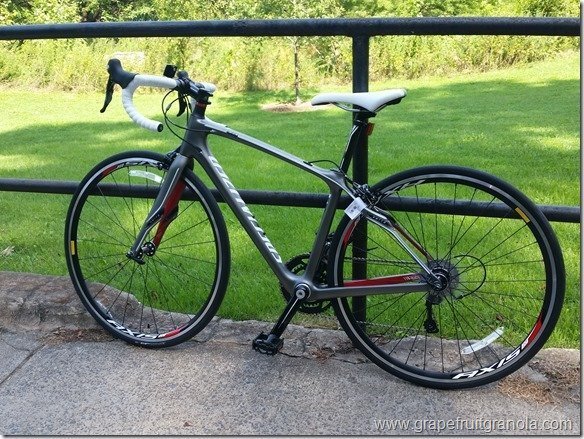 Obviously I ended up going with the Madone instead. I took the Ruby for a long ride on the greenway this past weekend and something just felt ‘off’. After taking the Madone for a 10-mile spin around my neighborhood, I knew it was the perfect bike for me!! 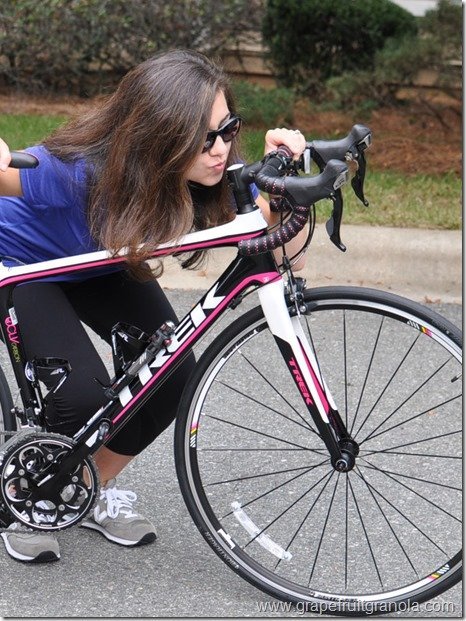 My original plan was to purchase a bike in late September or early October. However, the Madone was on a closeout sale at the bike shop because it had been a demo model. The original price was way outside of my budget, and I didn’t want to take a chance at losing out on *the* bike. 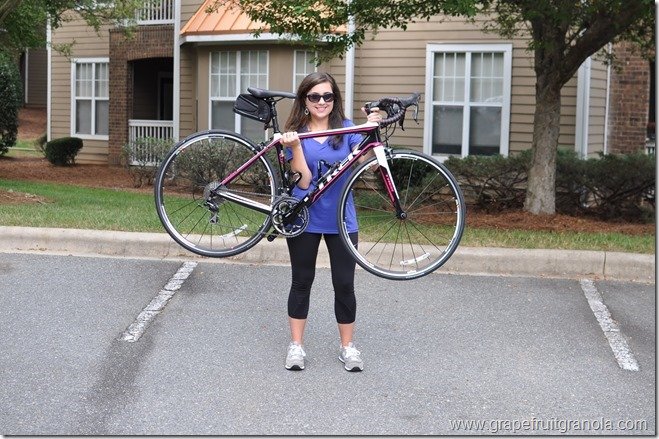 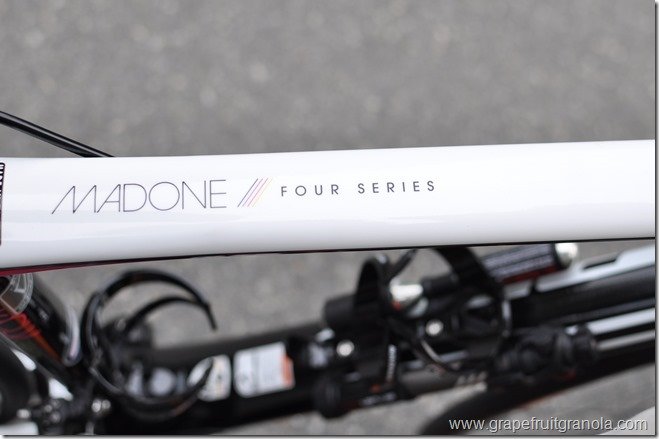 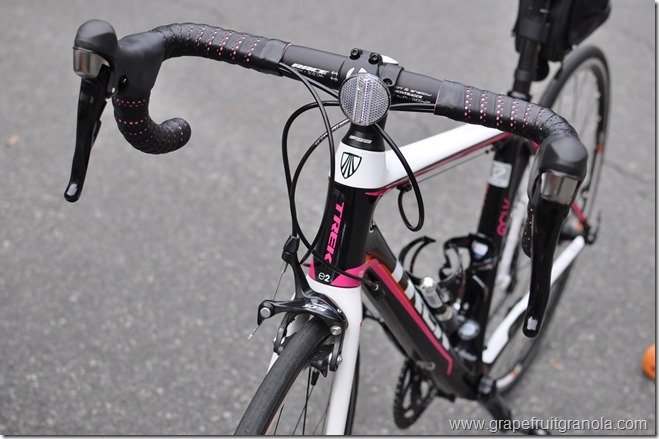 As if finding a bike wasn’t hard enough, I then had to decide what I wanted to go WITH the bike. The bike store offered 10% off with your purchase, so I went ahead and got everything I thought I would need to get me started. This included pedals, shoes, water bottle cages, a flat repair kit and a bag to fit under my seat (for my phone and a spare tube): 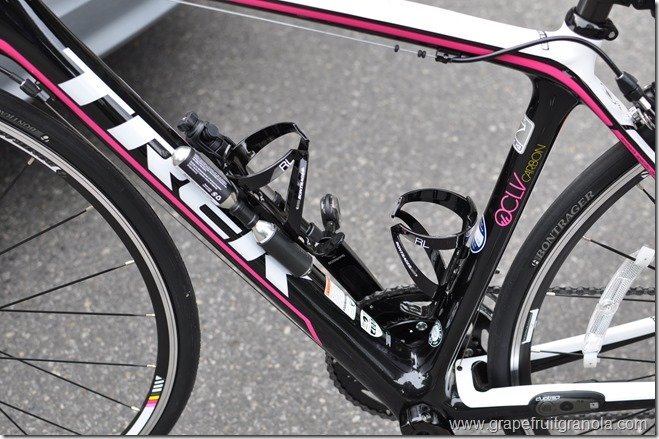 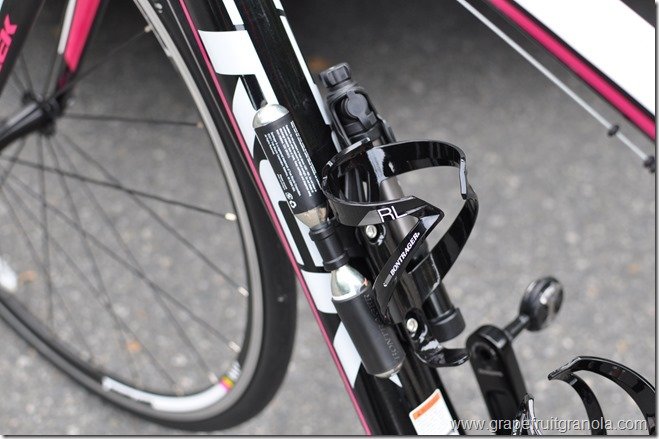 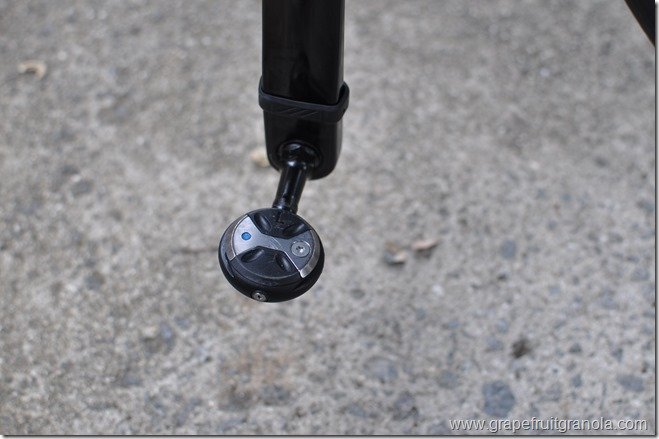 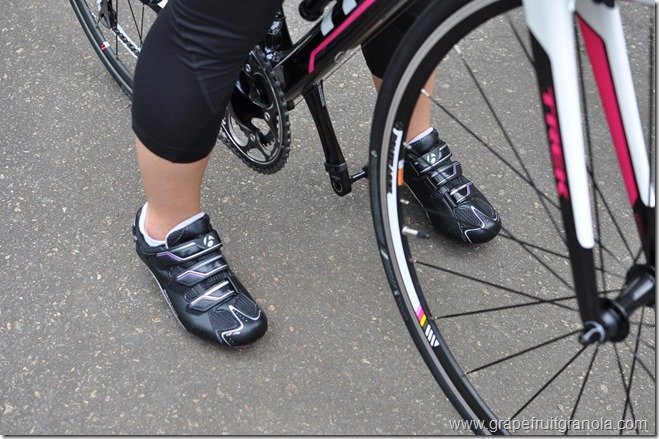 I also got a digital speed & cadence sensor called a DuoTrap. This was obviously not a necessity to get me started, but I knew I would want it once I got used to everything. I figured I might as well take advantage of the 10% off.

By the way, my bike has a nifty little spot integrated into the frame to hold the DuoTrap for a cleaner look. 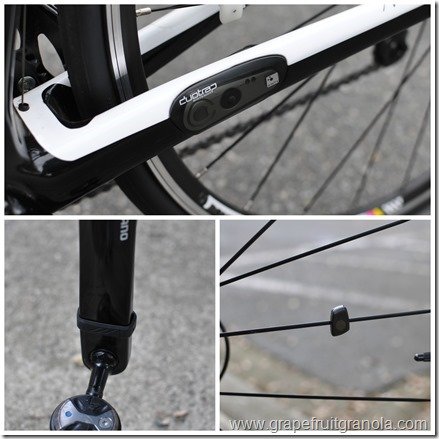 I did hold off on a computer display because my DuoTrap should sync with my phone.

I can’t write this post without mentioning the great experience I had at Bike Line, a local bike shop in the University Area in Charlotte where I ended up purchasing my bike. Mark was the employee who helped me… all of the 5 times I visited the store. He probably never wants to see my face again

But really though, he was so helpful and knowledgeable. No question was too dumb. I have mentioned this before but I was concerned about buying a bike that was not ‘too much’ bike while still giving me everything I would want/need, and he really helped me find something perfect for me. 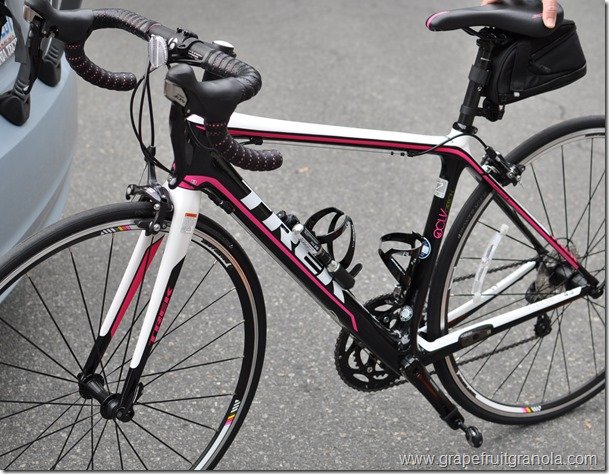 If you are in the Charlotte area then go see them!

I’ve taken my bike out twice so far and I am in LOVE with it! I thought about it all day while I was at work

I have been scared of clipping in and out but I think I’m getting the hang of it. It’s amazing to me how much better it feels to be clipped into the pedals! (disclaimer: I got on the bike in my parking lot to snap this pic… never ride without a helmet!) 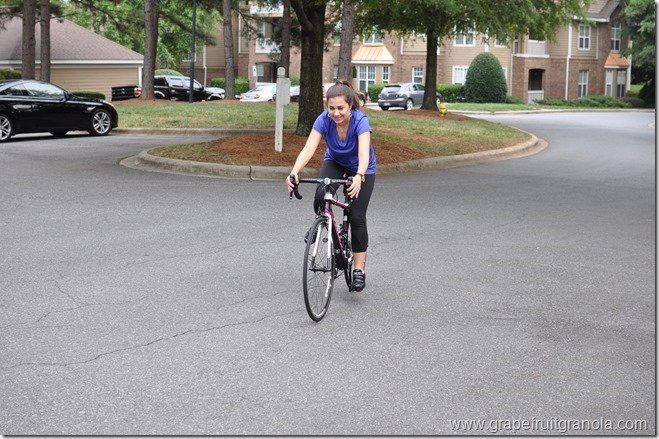 My next hope is to be able to join in on some group rides and register for a triathlon. I think I need to get more comfortable with the bike first before I do either of those, but they are on the horizon!!

Thanks for following along with me on this journey. Hopefully it is just the beginning of new adventures!

Do you like cottage cheese? 👇🏽 Leave me a co

Did you know this was the diagnostic criteria for

Have you ever heard about the benefits of Magnesiu

Can you relate to this? Leave me a comment and let

When your diet has a start date.... Responding to

Not your typical Monday post from me but I just wa

How are you feeling about body acceptance? Leave m