Hey guys! Happy Monday!! I hope you had a good weekend.

I took an entire week of vacation last week and I think it was great for me to recharge a little bit. I used up all of my PTO when I had knee surgery last year and I have been providing more coverage at work, so I haven’t actually taken a real vacation in 2 years. It feels crazy just typing that out because I think everyone needs a little R&R and mental break every now and then.

I spent a lot of last Monday just relaxing and taking care of things at home. I had my ortho appointment on Tuesday morning to get my cast off and then I left for the beach with B on Tuesday night.

We stayed at a condo in Wild Dunes at Isle of Palms. The location is pretty much perfect because it’s close to Charleston and only a 3.5 hour drive from Charlotte. 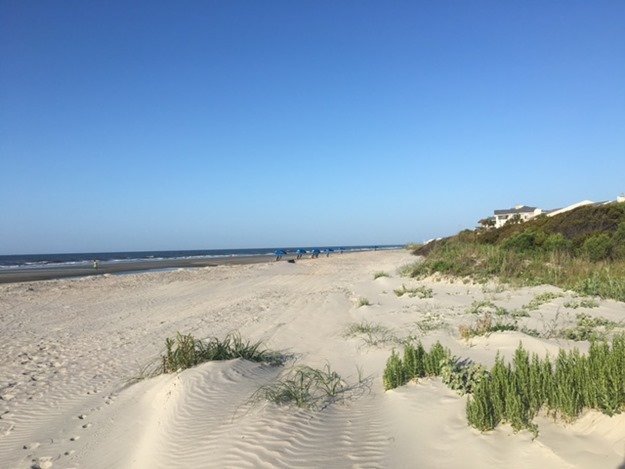 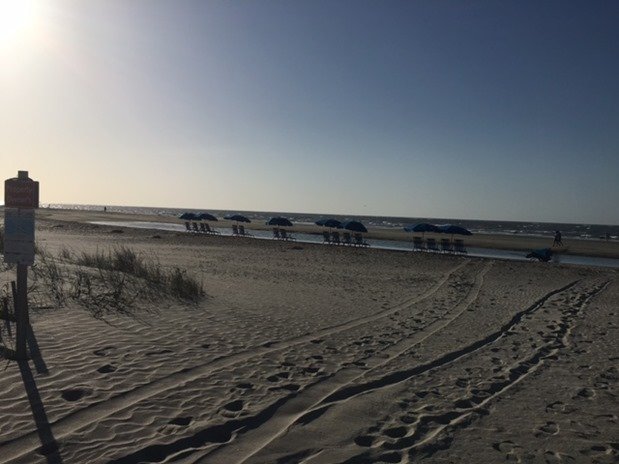 We got in some pool and beach time at the beginning of the vacation and then B’s friends came down for the weekend. We were lucky because it didn’t rain the whole time we were there (although it was HOT). 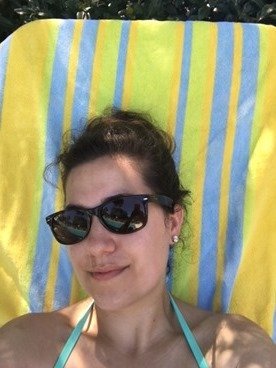 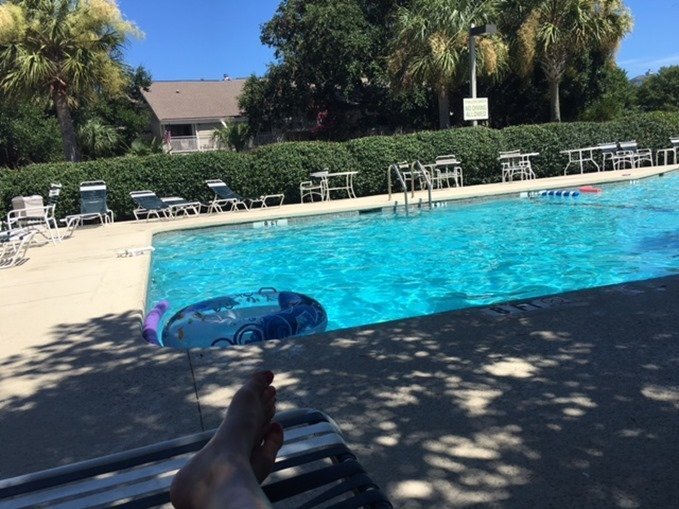 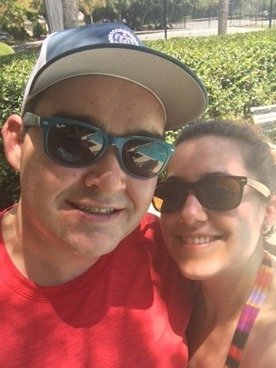 We made dinner one of the nights we were there and ate out the other 3. Our first meal out was at the Obstinate Daughter in Sullivan’s Island. We were actually trying to eat at a different restaurant but after finding out there was a 1.5 hour wait, we decided to Yelp it instead. The OD came up #1 and after eating there I can see why- the food was phenomenal. 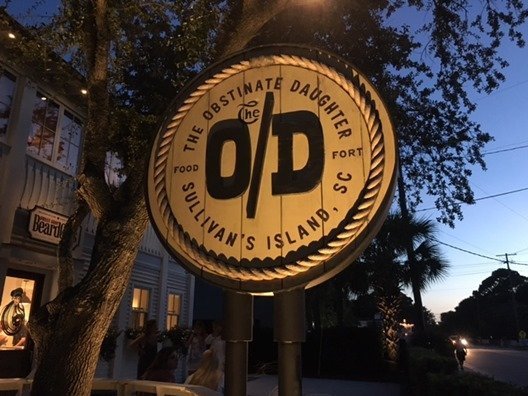 I didn’t intend to write so much just reviewing a restaurant but the food was really that good: 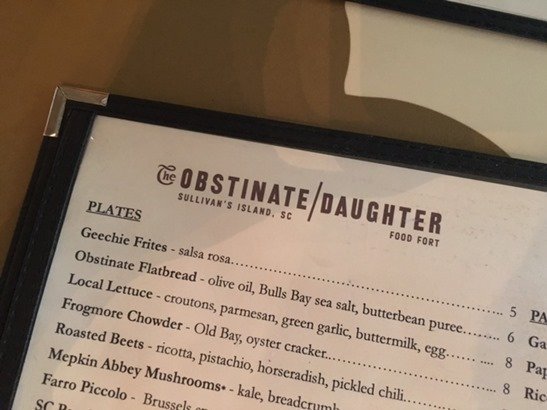 We started out the meal with Geechie Frites, which we primarily ordered because almost every single person recommended them on Yelp. My understanding is that they are fried grits. They reminded me of a super tasty french fry! 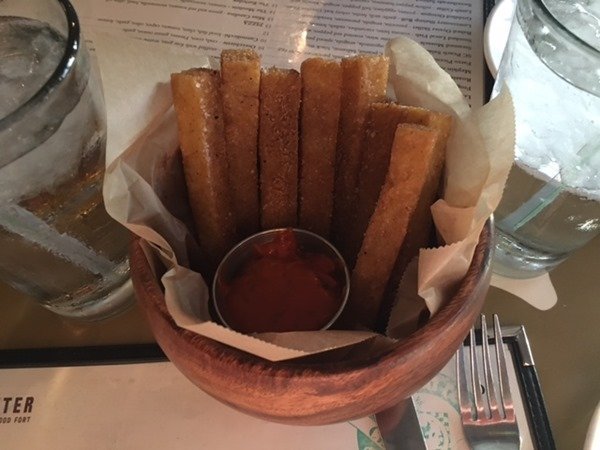 We also ordered their Baked Oyster Skillet as an appetizer and it was incredibly amazing. As an oyster lover, I liked that they put an eclectic spin on seafood to create a unique dish. 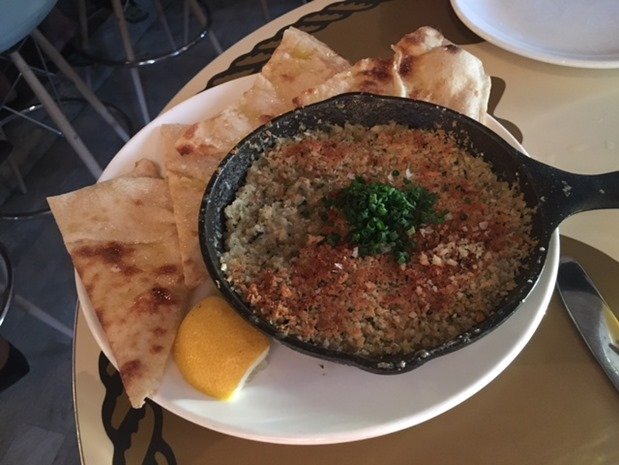 Their menu was so good that we had a hard time deciding on entrees. The waitress recommended their pizzas or pasta dishes so that’s what we decided to go with.B ordered The Lieutenant Dan pizza, which was topped with shrimp, artichoke and lemon. Something about the thinly sliced baked lemon was so good! It was sweet instead of tart. I’m already thinking about recreating it. 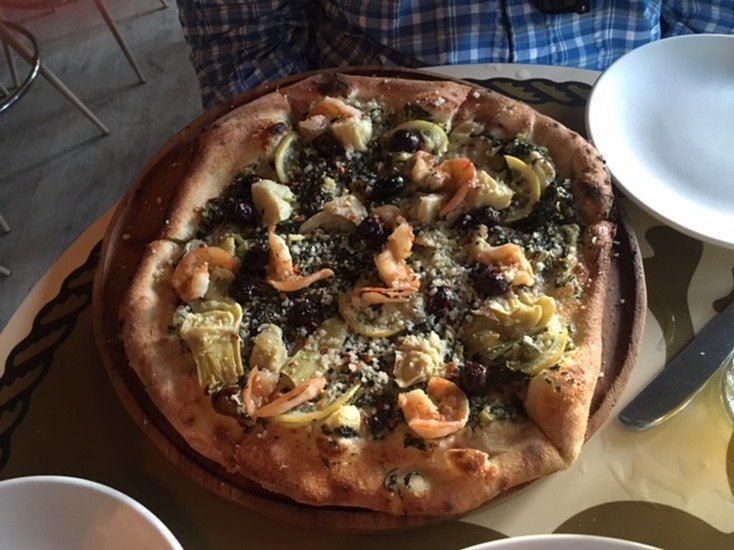 I got the Cannolicchi, which is a pasta dish with fish, clams, olives, garlic, tomato, capers, and lemon. 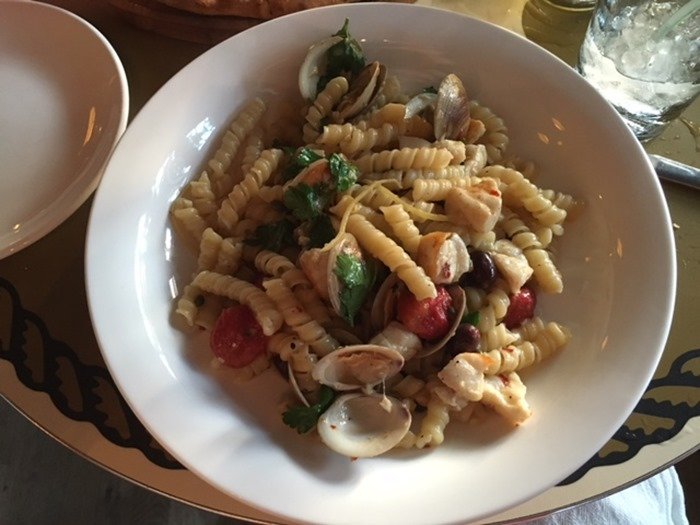 We both agreed that this has been one of the better beach meals we’ve had. The food was so great and unique. I would highly recommend them to anyone staying in Isle of Palms or Sullivan’s Island!

We also ate at a restaurant called The Boathouse in Sullivan’s Island one night. 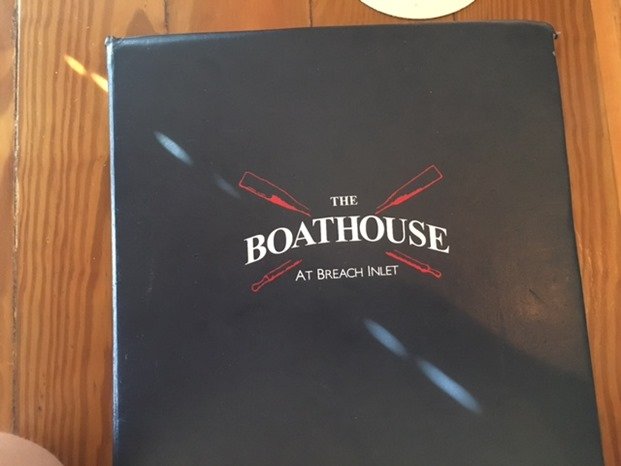 I was craving some scallops and a stereotypical seafood meal! We ordered their fried oysters as an appetizer. 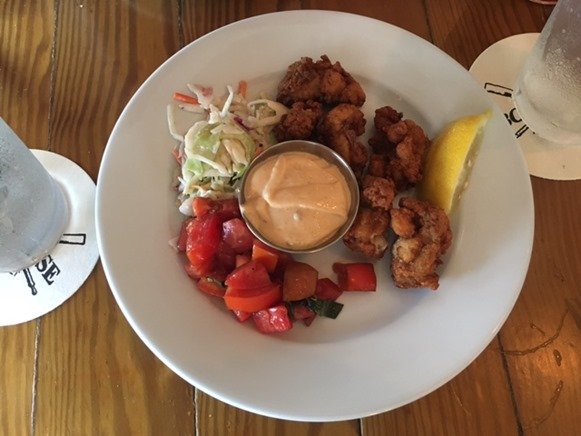 I got their broiled seafood platter and B got their shrimp and grits. 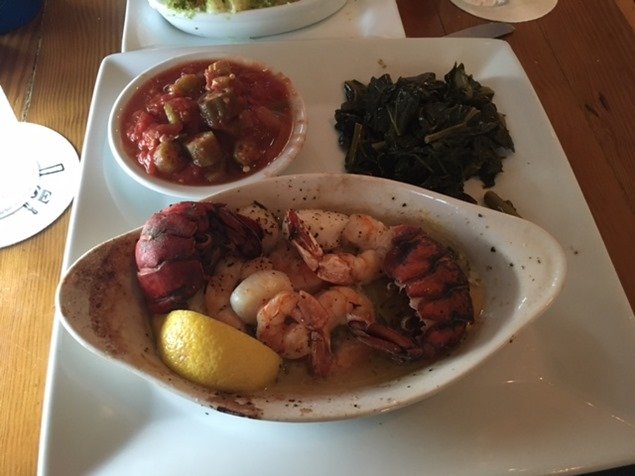 I thought B’s meals was really great. My dish was okay but for the price ultimately wish I had gone for just the plain scallop dish instead.

We went to Poe’s Tavern on Saturday night with the group. This is basically a burger joint with a seafood flare. I ordered the crab cake sandwich, which was a burger/chicken with a crab cake on top. I ordered the chicken sandwich and ended up eating the crab cake separately. I liked the concept but I love crab cakes so much that it was hard for me to commit to eating it with a chicken breast at the same time. Sorry for the weird lighting in the photo below- we were eating outside and it was dark. 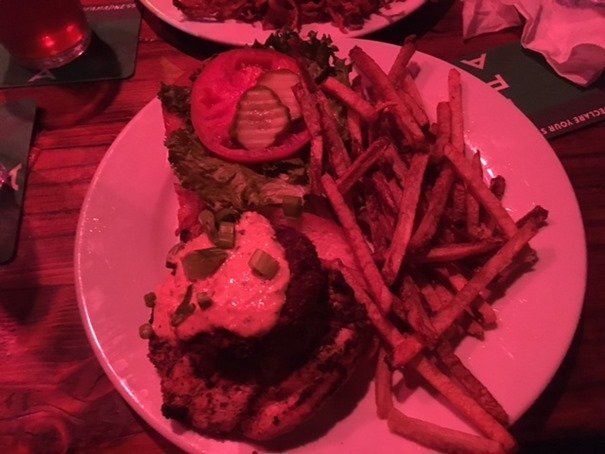 Back to the Grind

We got back into Charlotte last night. I wish I had rested a little more over the past few days because I feel like I need a 2nd mini-vacation

I am glad I had a week off but also looking forward to getting back into my normal routine, picking up with triathlon training and picking up the Lilers tonight!

Have you taken any fun vacations this summer?

What is your favorite beach?