So it has been a tumultuous week or so in Charlotte but I am hoping Monday will be the start of a new page for our city.

While Wednesday night was completely crazy downtown, it seems as though things calmed down a lot after that. We live downtown so we mostly stayed inside on Wednesday night, but we did venture out during the day on Thursday. It was really upsetting seeing businesses vandalized and properties destroyed. I had so many feelings of hurt deep down inside. But then I tried to remember that Martin Luther King Jr said that a riot is the language of the unheard, and that now is an important time to really try to understand racial issues in our country.

By the time Saturday rolled around there had been a couple of nights of peaceful protests and things felt a lot safer downtown. A bar in the Epicentre hosts Virginia Tech games every week, and I really wanted to go watch the 12:30pm game and support a local business. 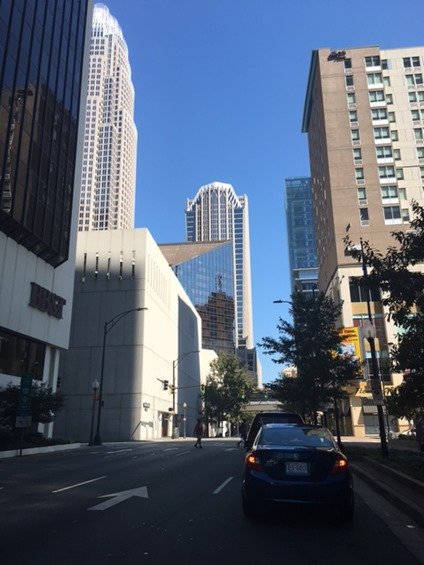 Lots of people thought I was crazy for wanting to go down there but the Epicentre area seemed like a ghost town and there is a strong National Guard presence. We watched the first half of the game with a handful of other Hokies and then stopped and thanked the National Guard on the way out. 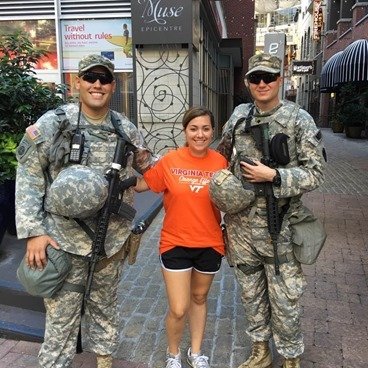 On a Lighter Note

Okay, I’m not trying to brush off the events of the past week but I would like to mentally get into a different frame of mind and trend towards back to normal around here. So we did do a few fun things this weekend!  We tried out a new Thai restaurant called Deejai Thai on Saturday night. B liked his Pad Thai and I was very happy with my sushi.

I unsuccessfully went clothes shopping for work but I did find a new lamp from TJ Maxx. 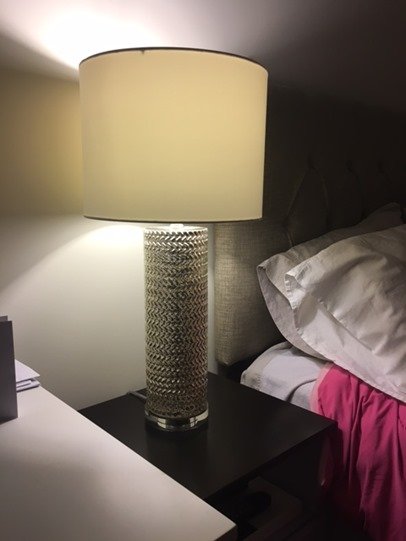 I love the lamp itself but I can’t decide if it’s too tall. 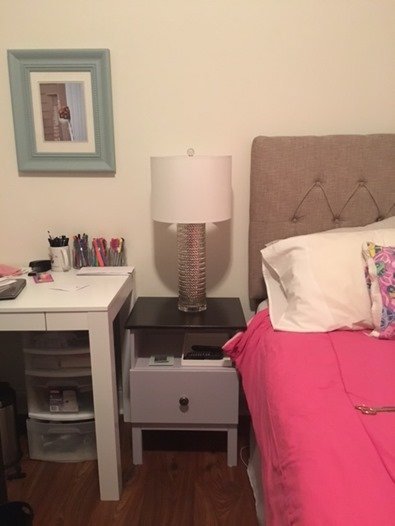 What do you think?

I picked up a spaghetti squash at the store on Saturday and decided to throw it in my slow cooker yesterday afternoon. I kind of just think that you can cook almost anything in the slow cooker and you won’t have to dirty a bunch of dishes or babysit an oven. I washed the outside of the squash and put the entire thing in my slow cooker on low for 5 hours. It was cooked perfectly when it was finished. 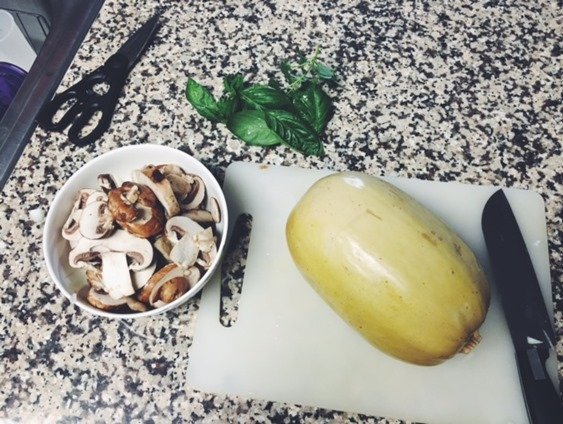 If I could do it over again then I would poke some holes in the outside of the squash before I cooked it. The sound that it made when I sliced it open when it was done made me think I was 30 or so minutes away from a squash explosion in my kitchen.

I ended up making “pasta” for dinner but my overall verdict was a thumbs down. I love spaghetti squash but it just wasn’t a substitute for noodles for me. And I’m all about moderation and bulk my pasta meals up with lots of veggies anyway, so I’m usually not too concerned with ‘carb overload’ with my pasta dishes.

I have taken the past 2 weeks off of physical activity after my triathlon and have spent a lot of time resting and enjoying my free time. But now I’m ready to get back into some sort of exercise regimen!

I’m facing the tough question of “what’s next?” after devoting 3 solid months to triathlon workouts. I would really like to shift my focus from a ‘training’ mentality to more fun things. Doing activities that I love (like cycling), spending time outside, and enjoying these kinds of things with other friends. 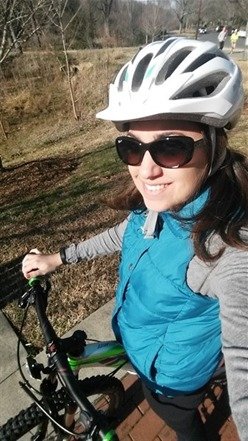 I also need to buy a new sports watch to replace my Garmin Forerunner 305. I would ideally like to find something that would be suitable for more triathlon training later on. Any recommendations?

On a “damn, I’m an adult” note, I also have to find a new primary care doctor and dentist since I just moved. If you live in Charlotte and have any recommendations then I would love them!

Are you currently training for something or just enjoying being active?

What is your favorite workout watch? I would like to stick with Garmin but I have heard the new Apple Watch is trying to step up their workout game.

Who else is watching the Hillary vs. Donald debate tonight?! I’ll be there