I had a colonoscopy last week and I wanted to share my experience with you! Not because I think you’re super interested in hearing about a colonoscopy, but because I hope this brings awareness to prevention. 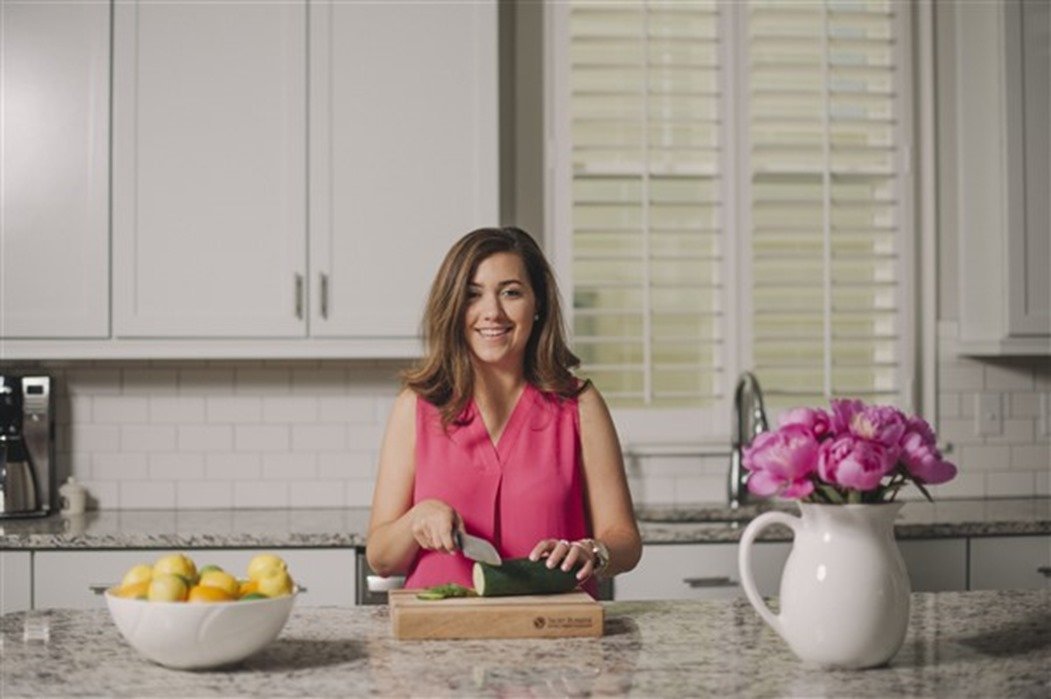 We have a saying in the healthcare world- an ounce of prevention is worth a pound of cure. People generally don’t seek medical care until an issue starts to inconvenience or debilitate them. The problem with this mindset is at that point, the issue has likely progressed to something much more serious. I saw many heartbreaking scenarios in the hospital where a patient was overtaken with regret for putting off a health issue until it was non-reversible (or even terminal

I really want to practice what I preach to clients, and I had been experiencing a GI issue for over a year that I had been ignoring because it wasn’t really bothering me too much. But with my government health insurance ending in the very near future, and a discussion with a concerned B, I ended up getting it checked out by a gastroenterologist. I actually saw 2 GI doctors because I wanted a second opinion. They both said that there was only a teeny tiny chance that there was something seriously wrong (like <1%),  but that a colonoscopy would really be the only way to definitively rule out all of the serious stuff.

I was familiar with the colonoscopy prep experience just from working in the hospital, but seeing it an experiencing it were two different things!!

**I will try to be as non-gross as possible here, but just giving you fair warning that I do talk about the colonoscopy prep**

The way a colonoscopy prep works is to consume only clear liquids for the full day prior to the procedure and then take a laxative that same evening. I had my colonoscopy on Friday so my preparation started Thursday morning. The items “allowed” on my clear liquid diet included fruit juice, gatorade, popsicles, soda, tea, coffee, broth and jello. None of those items could be red, orange or purple colored.

In true Sam fashion, I did not go grocery shopping for my clear liquid diet until I happened to be in Target on Wednesday night. My options were a bit limited but I picked up popsicles, white gatorade and chicken broth. I knew I had a lot of La Croix at home already. I really wanted Jello but I couldn’t find any cups at Target.

I was scared for Thursday because I have never gone a whole day in my life where I was not allowed to eat anything solid. There of course were times when I haven’t felt well and maybe didn’t eat because of that, but not a time when I wanted to eat but couldn’t. I started out the day with a cup of coffee sweetened with Stevia. I had to skip my usual creamer because you’re not allowed to have any dairy products on a clear liquid diet. Womp womp. B was traveling for work but he had programmed the coffee maker to automatically brew for me while I was gone. He always does the sweetest things!

What great luck on Thursday… I got to start my liquid diet on my very first day working PRN at my new hospital. This hospital is a level 3 trauma center, so a far cry from the little rural hospitals I’m used to- I knew it was going to be a busy day! I sipped on regular Gatorade all day. I was hoping that none of the other dietitian judged me, because RDs typically don’t drink sugary drinks all day like that. They ended up inviting me to eat lunch with them and I reluctantly shared that I was prepping for a colonoscopy. A great way to get to know your coworkers

Honestly, being busy all day was probably for the best because it kept my mind off of being hungry!

I got off of work around 4 and ran to Harris Teeter to pick up some jello. I was starving at this point and thought that jello would “fill me up”. Unfortunately, they only had red jello in cups so I was out of luck there. I ate a lemonade popsicle and a La Croix. Both were surprisingly refreshing. 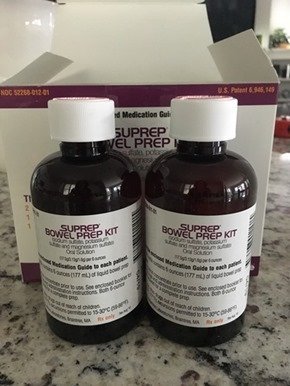 6pm was when the fun began and I started drinking my prescription laxative. My doctor prescribed Suprep for me because it is only two small drinks (16oz each), unlike the 2 gallon containers of other laxatives.

I’m the type of person that eats and drinks pretty much everything, so I was thinking 16oz. would be a piece of cake for me. I even followed all of the tips in the little prep packet…. I got it nice and cold, drank it with a straw, etc. Guys. I was SO WRONG. The drink tasted like a mix between cherry robitussin and salt water. Each sip made me want to gag. When I tried to take a gulp I literally started dry heaving. It was vile.

I ended up googling the prep online and found a discussion board about making it easier. I cut up slices of lemons and limes and using it as a chaser. I also alternated between taking sips of water and gatorade after each prep sip. All in all, it took me an entire hour to drink the prep. I was so glad to have the first bottle over with! About 30 minutes later is when the effects of the prep starting kicking in. Those were good times.

I basically spent 2 hours running back and forth to the bathroom. I can’t even describe the experience. Never experienced anything like it. I drank some chicken broth before bed, but I bought the low sodium version and it did not hit the spot! So I had more Gatorade and then I went to sleep. 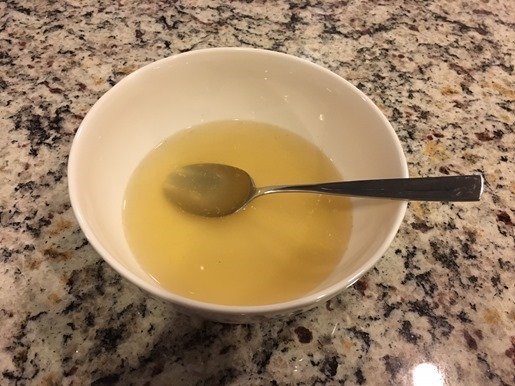 I woke up at 2am to take the second bottle of prep. This bottle was even worse than the first one because I was just so over the whole thing. The lemons didn’t help this time, and I had to take a break halfway through because I felt so nauseated. I guess because my stomach was empty, the second prep started working right away, and I was literally alternating trying to drink the stuff and going to the bathroom. It was like a bad joke. It took me 90 minutes to get the whole bottle down.

I’m never drinking out of this cup again. 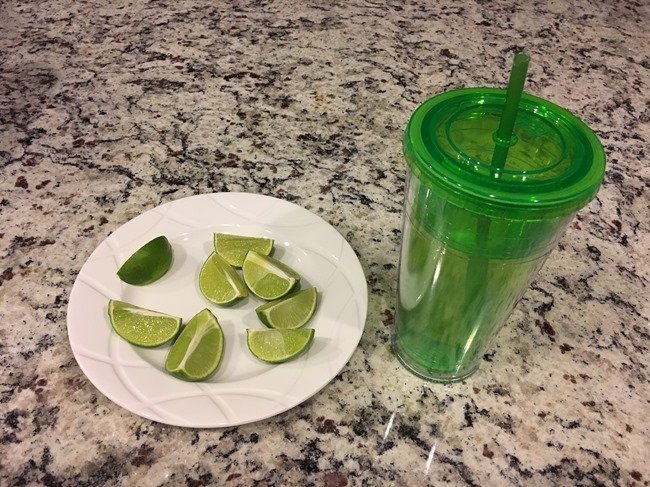 Needless to say, I wasn’t able to go back to sleep that night. We had to get up at 5am to make it the GI center by my 6am appointment. B drove me to my appointment. He was trying to seem sympathetic but I know deep down inside he thought it was all funny. Everyone at the GI center was really nice. They use moderate sedation for colonoscopies, which is just propofol (aka Michael Jackson juice) in an IV. The anesthesiologist talked to us about how low-risk a colonoscopy is, and then they wheeled me into the procedure room. I didn’t even have time to take a picture because I was literally wheeled back right after they started my IV. Once they gave me the propofol, I was completely out of it and woke up in the recovery room.

Good news: my colonoscopy was completely normal. Yay! When I started telling the nurses about how I had been putting this off for a year, they really praised me for coming in for the procedure. They said there have been plenty of instances where a colonoscopy has found something serious, even in younger people, and you’re better safe than sorry. I felt so relieved

The great thing about moderate sedation is that it wears off almost immediately, and I was walking out of the GI center in no time. 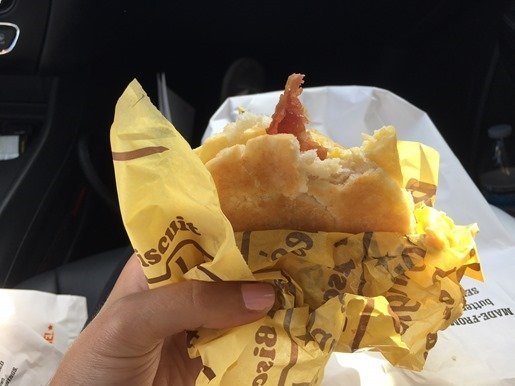 I celebrated with a Bojangles biscuit, and I gladly topped it with bacon, cheese and whatever else they wanted to put on there! I took a power nap and then did business stuff for the rest of the day.

The idea of getting a colonoscopy and sharing it with you was kind of embarrassing at first, but I really want to you all to not be scared of being in control of your health

Have a great weekend! –Sam

Previous Post: « What I’ve Learned in 6 Months of Starting a Nutrition Private Practice
Next Post: Why I Stopped Caring About Having a “Bikini Body” »